The Appeal of Horror Movies

“Why would you ever want to watch something scary?”

Someone said this to me on the topic of horror movies a while ago. I wouldn't really call myself a fan of the genre, yet some of my favorite movies are horror films. I like enough of them that I recently found myself defending the genre from a viewpoint that, if you had asked me even a few years ago, I would have agreed with.

What is the appeal of horror movies? Why would you ever want to watch something scary?

I think it's important to understand what "scary" means, since many things are scary. Many people are inclined to think of ghosts, monsters, and gore as being scary, which they are. Having your home invaded and witnessing a car accident are also scary situations, but they're a different kind of scary. They aren't what people think of when they think of "scary movies." People think of horror movies as being shocking, startling, grotesque, and violent (and not without good reason). They don't think of sadness, anxiety, or dread as being the core of a horror movie. I bring this up since the latter category is my preferred brand of scary.

My ultimate argument in favor of horror movies does not necessarily exclude the former category, but I feel like it's important to establish the broadness of the term "horror movie." Let's go to my favorite horror movie, The Shining, for an example. 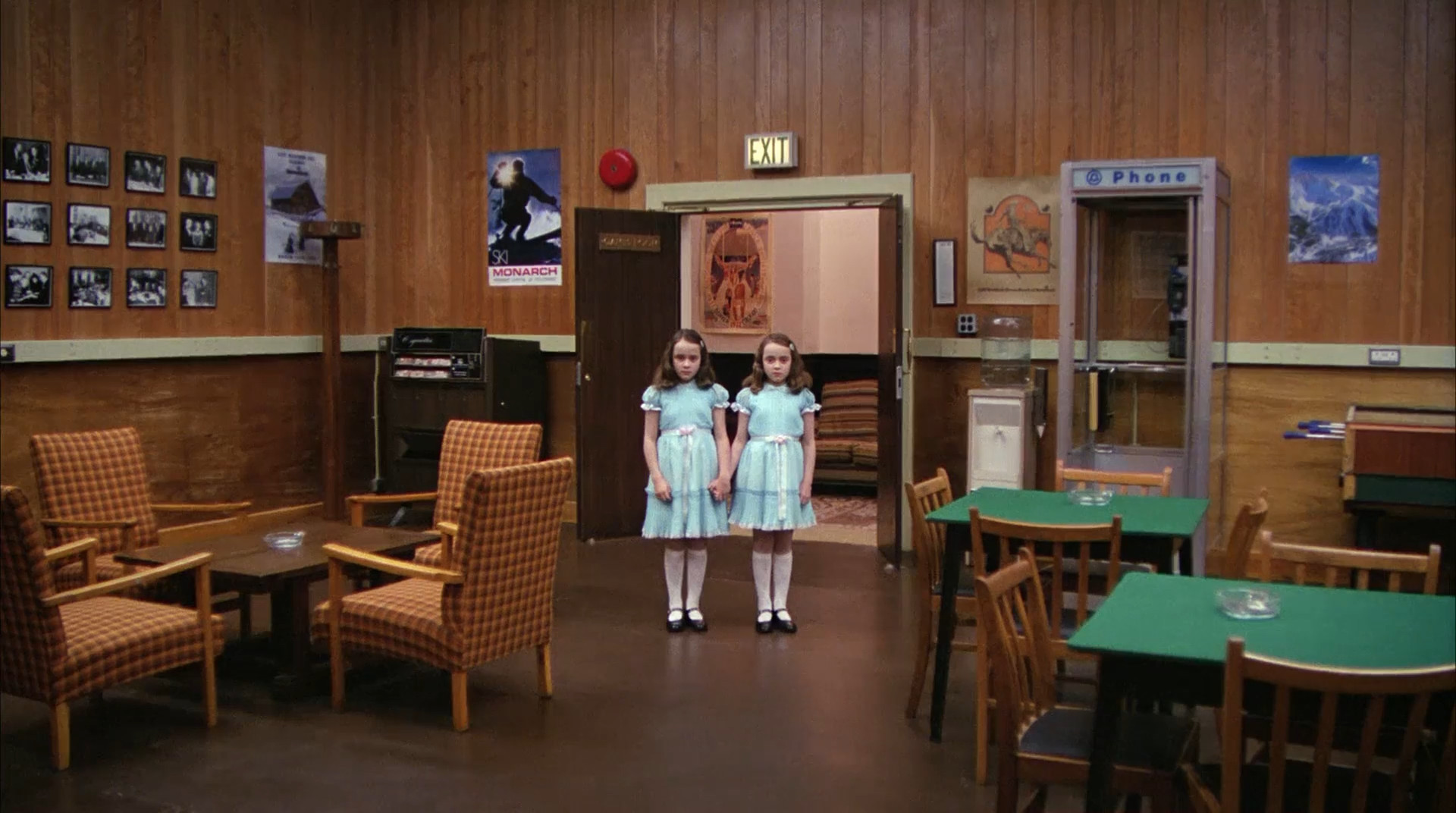 The Shining is one of, if not the most well-known horror movie of all time, so it's easy to forget how incredibly unlike other horror movies it is. The Shining, for a horror movie, uses an incredibly bright color palette. Most horror movies use deep blues and dark, moody lighting to set the scene. The Shining, by comparison, uses an uncanny amount of bright lights and primary colors. (Rob Ager actually has a very interesting video on the subject.) Most of the violence in the movie is merely implied or mentioned, yet it gets the job done. Another thing I really appreciate is that the movie does not have a single jump scare. The Shining earns its scares.

But what is perhaps the most unusual thing about The Shining is its supernatural element, or lack thereof. The one unambiguously supernatural thing about The Shining is the psychic ability that some of the characters share (fittingly called the shining). Everything else about the movie is unclear. We see many ghosts throughout the movie, but it's not made clear if the hotel is actually haunted or if these are just hallucinations. Many have pointed out that mirrors are present in all the scenes where Jack sees ghosts, subtly implying that he's talking to himself. 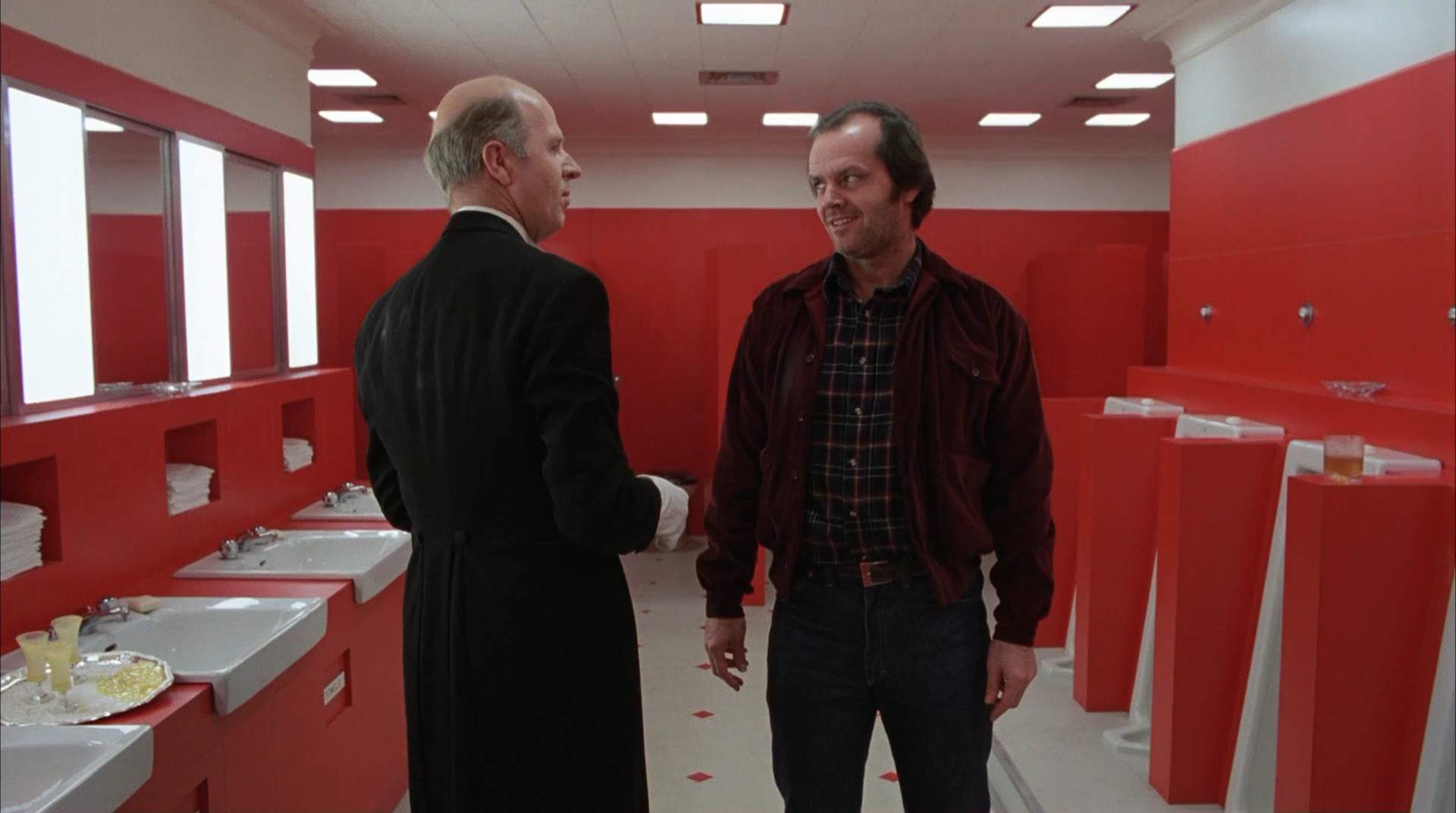 …so the hotel isn't haunted! But later on in the movie Wendy locks Jack in a pantry, only for him to seemingly be let out by the ghost of Delbert Grady… so then the hotel is haunted! Right?

This uncertainty is what makes The Shining so fascinating to me, but this uncertainty also invited a lot of criticism. Critics were heavily divided on The Shining, but none were more vocal than Stephen King, the author of the original novel the movie is based on. In the novel the Overlook Hotel is unambiguously haunted; King was frustrated by the film only containing “vaguely supernatural undertones.” As you could probably guess, I side with Kubrick. To me, the lack of ghosts somehow makes the movie scarier.

Be patient! I'm getting there.

Do You Enjoy Movies?

A few years ago I remember seeing a video that… for all I know was probably cringe-worthy, but it posed an interesting question: “Do you enjoy Breaking Bad?” The operative word being "enjoy," you can replace Breaking Bad with the action/drama of your choice. You'll reflexively say that you like or enjoy Breaking Bad, but do you really enjoy watching a man's world fall apart? Do you enjoy the themes of spousal and child abuse? Do you enjoy watching someone get into a shootout and almost die? Do you enjoy seeing people die of drug overdoses? Whatever it is, enjoyment really isn't the right word to describe it. You don't enjoy depictions of prison rape, psychological torture, and suicide in The Shawshank Redemption and you don't enjoy watching women get abducted, assaulted, and murdered in Memories of Murder, so why would anybody ever want to watch something so gruesome?

I don't have a definitive answer to this question. If I had to take a guess, I'd say that it likely serves the same function as a roller-coaster ride, but for your brain; You can simulate feelings of danger without having to actually put yourself in harm's way. As the modern world deprives us of natural dangers, we need to simulate dangers on the screen to satisfy our will to survive… or something to that effect. Like I said, I don't really have an answer. The point I'm trying to make is that people seem to gain something from a suspenseful drama or action movie. To me, a horror movie just encapsulates that emotion and elevates it to an extreme. Where Breaking Bad will have very suspenseful, tense 10-15 minute chunks dispersed throughout a 45 minute episode, The Shining is 2 straight hours of that same feeling. No, it certainly isn't for everyone, but there is an audience for it. Perhaps its the sense of relief at the end of the movie that I enjoy.

This does raise another interesting question: why haven't thrillers and action movies garnered the same bad reputation as horror movies? Upon closer inspection you will realize that they are not so different from one another.

Actually, I think I have an idea…

The horror genre has seen some of the most absolutely repugnant pieces of filth to ever disgrace the medium. There's a lot of them: Saw, Human Centipede, The Bye-Bye Man, Thirteen Ghosts, Feast, The Conjuring, Annabelle Creation, the It remake, The Thing (2011), Insidious, Hostel, and many, many more. When people think of horror movies, these often come to mind. I certainly once thought that trash like this was the totality of the horror genre, so I could forgive others for thinking the same. I had a conversation about this with my brother and he posited that dread was a better term than horror, when it comes to describing movies like The Shining. I somewhat agree with him, but I don't think anything is wrong with the term "horror." I think the issue lies in the classification of movies like the ones mentioned above. I think I have a good term to describe them… "shit."

These movies have more in common with the modern conceptions of horror films:

1. Excessive gore and violence for no real reason that appeals to utter degenerates that would be ex-communicated from a healthier society.

2. Over-reliance on cheap jump scares which only serve to frustrate more adept viewers, especially those that know how to spot them in advance.

I really do not care for jump scares in any capacity, but I won't deny that they can be used effectively, especially if they are used sparingly. The Shining has none whatsoever, The Exorcist only has one, and Eraserhead only has two (one of which is used for comedic effect). More often than not jump scares are used carelessly, which hurts the viewing experience for people who aren't complete retards.

By the way, I have a video about Eraserhead for those of you who are interested.

There's much more to be said on this topic. I'd like to give more examples of interesting horror movies… but more than anything else I want to have something written and done this month, so I think I'll leave it for now. Let me know if you'd like to hear more on this topic! I hope you found this article interesting!

But did you really enjoy it?