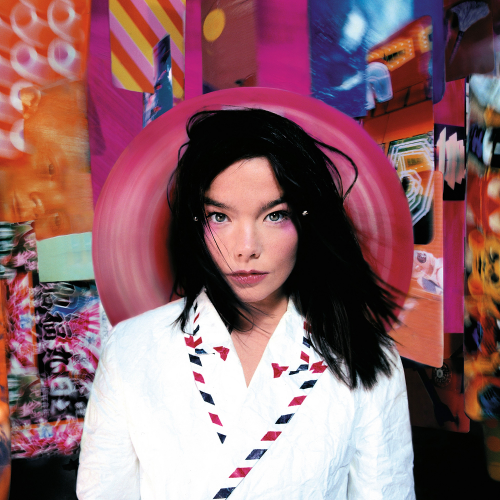 Before I made this library live, I wanted to choose 3 albums (which I ended up making 4) to write about. Just so there was something for people to check out when they got here. I thought I'd choose one album I really really like, which ended up becoming two (Smoke 'em if You Got 'em and Doolittle respectively.) Then an album I liked, but not on the level of the other two (that would be In Dreams.) Lastly, there was an album I just kinda liked, which brings us to... Post

Now don't get me wrong, there is some incredible stuff on this album, but also some not-so-good stuff in my opinion. Let's get the bad out of the way first:

I don't have much to say in the way of Army of Me or Cover Me other than that they just "don't really do it for me." It's Oh so Quiet is definitely an unpopular choice for worst track, but I'm just not on board with this song unfortunately. When talking about In Dreams I mentioned that I think Roy Orbison is able to 'own' other people's material. That doesn't seem to be the case for Björk, or at least this song. This song always felt very out of place to me, which is bizarre since Björk is one of those artists that's generally very good at being 'eclectic.' This is one of those cases where I ended up being on to something. This is one of Björk's very few covers, and the original is from all the way back in 1951. I haven't heard the original, so I don't know how much Björk's version differs. At any rate, she wasn't able to pull the wool over this white boy's eyes! The other track on the chopping block is You've Been Flirting Again. Some people are really interested in digging into all the nooks and crannies of their favorite artist's discography, picking apart every unfinished rare demo. I am not one of those people. Quite frankly, I don't understand how an unfinished half of a song made it onto the finished album. This song is very clearly buildings towards something and then it just goes out with an absolute whimper. It's a shame since I like where it's going, I just wished she'd actually fucking finish the song before releasing it.

Now with that out of the way, the good:

Some of my favorite Björk songs come from this album. Songs like The Modern Things and Isobel tell such weird, fascinating stories. There are also more introspective moments as well, like on the hypnotic Hyperballad or the absolutely PERFECT Possibly Maybe which is not only my favorite track on this album, but one of my favorite songs of all time. The atmosphere of this album is absolutely incredible. I've always conjured up images of a technologically advanced city overrun with nature, with no humans in sight. I know that's a weird thing to mention, but I can't really think of many other albums that have managed to create such a strong image in my mind. This album just has such an incredibly weird and cool soundscape. The Earth-shattering production of I Miss You is just one example of many HYPE AF moments on this album.

This album is not my favorite Björk album, but when I listened to it earlier, I realized it was better than I remembered it being. It has some lowlights, but it's got a fair amount of highlights to compensate. The silver lining is this: Whether you love or hate what you hear, you have to admit that you won't really hear much like this anywhere else.