Captain Beefheart and His Magic Band 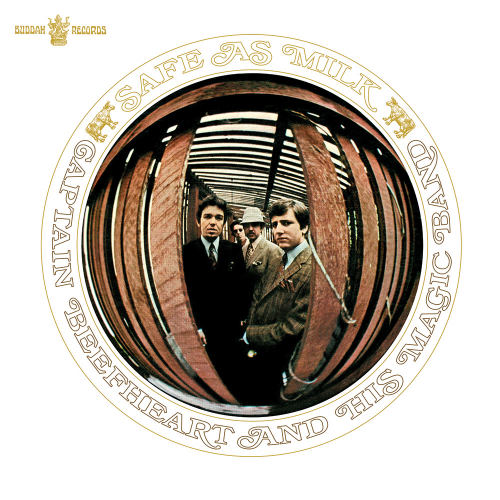 Captain Beefheart and His Magic Band is quite the peculiar moniker. They are perhaps best known for their... to put it mildly, WEIRD AF album appropriately called Trout Mask Replica. To my surprise, this album was critically acclaimed. I'm surprised because the little of it that I've heard sounded fucking terrible.

Later on a friend recommended Safe as Milk to me. I was surprised that he'd recommend an album by this group, and I was even more surprised by just how good it is. This is some seriously top-tier shit.

Where do I even begin? Let's start with Captain Beefheart himself: Don Van Vilet. His vocals are absolutely incredible. His voice is deep and booming on tracks like Yellow Brick Road and Abba Zaba. He gets into this grimy punk-rock snarl on tracks like Dropout Boogie and Electricity which is just to DIE for. I had to limit the amount of songs I listed in the FAV TRACKS section, since I was tempted to add quite a few more.

I definitely don't think this is an album that any old person could enjoy, however. It's a pretty niche sound. It sits in this really weird spot between blues rock and weird acid-induced shit. Sure 'Nuff 'n Yes I Do is a really straight-forward piece of blues rock, while Electricity sounds like it's from a completely different planet. I also appreciate the more sentimental moments on this album. I'm Glad is genuinely beautiful, and Grown so Ugly is really fucking sad if you listen to the lyrics. That song, as it turns out, is a cover. I never would have guessed, especially with how effortlessly Van Vilet makes the track his own, and also how seamlessly it fits in among all the other crazy shit on this album. I struggle to think of a thing I don't like about this album. I do have a few things to say at least:

Call On Me is honestly really forgettable, and while I like the dreary, drawn-out opening of Where There's Woman, the chorus is pretty underwhelming. Also, the production of this album is not the greatest, although I don't know how much the Magic Band can be blamed for that. As far as I know, this band didn't have access to a luxurious studio.

One thing I definitely have to make a note of: if you're interested in this album I would strongly recommend seeking out the mono mixes. A lot of music from this era is, in my opinion, notorious for having fucking terrible stereo mixes that shove all the percussion in one ear and all the other instruments in the other. To steal a joke from my brother: You take out one earbud and it's "Oops! All vocals!" Thankfully, the mono mixes are easily accessible. Someone has all of them on YouTube in good quality. You know what to do.